Soccer is a passionate sport, and in the minds of avid fans, it is an integral part of life. The major giants’ jerseys are sold all over the world, and we can see the impact that soccer brings to the world almost every moment. Every major soccer tournament also unites the eyes of the world. All of this seems to indicate that soccer is undoubtedly the number one sport in the world.

The appeal of soccer is overwhelming. And today, we will explore the 20 largest stadiums in the world in terms of the number of spectators they hold. Will soccer, the world’s number one sport, still lead the way in this field? In fact, those familiar soccer stadiums, such as Wembley Stadium, Camp Nou, etc., still manage to still occupy a place in this list. So, what other stadiums can dwarf the home stadiums of Real Madrid, Bayern, Manchester United and other giants? Let’s go to this list of the world’s largest stadiums. 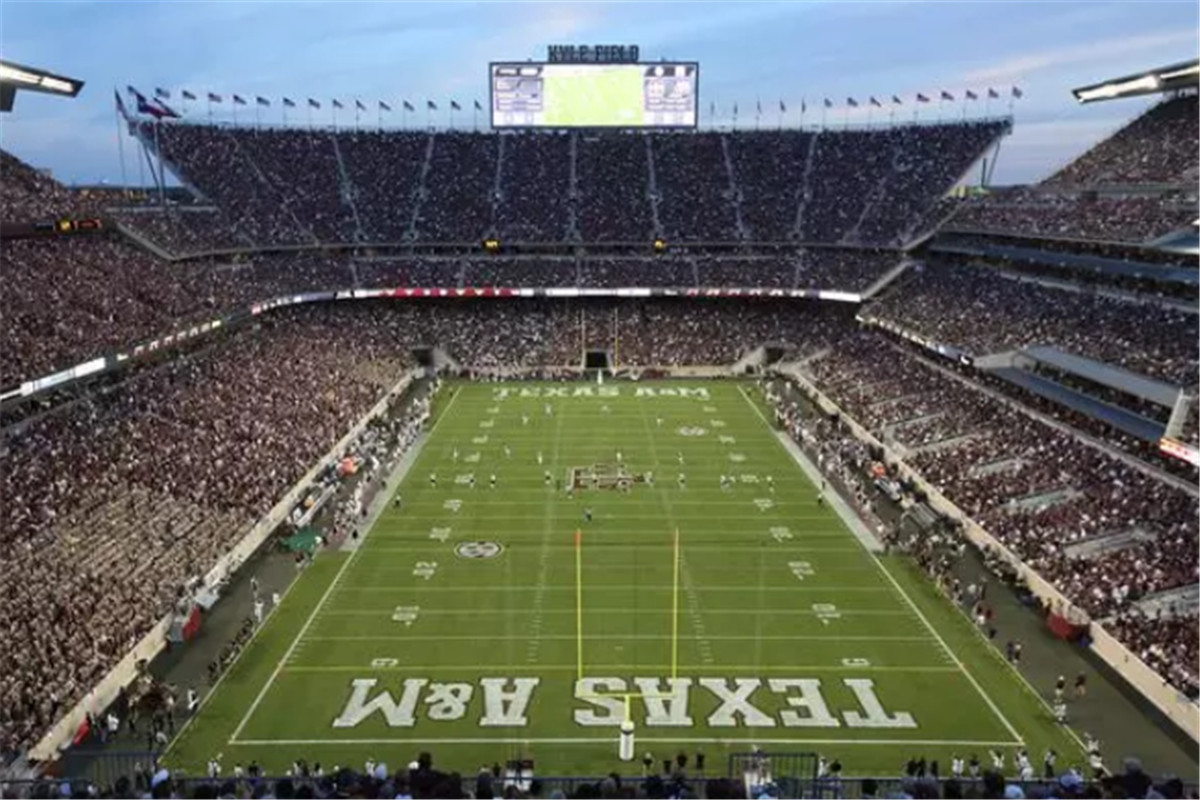 This Memorial Stadium is not the home of Bristol Rovers, but the University of Nebraska, the alma mater of Warren Buffett, the “God of Stock”. The stadium is home to the Nebraska Cornhuskers, who play in the NCAA football tournament. The stadium is also nicknamed the “Sea of Red” because of the red jerseys fans wear on game days. The stadium has been in short supply every weekend since 1962, and holds the NCAA record for the longest streak of sold-out games (344).

Ben Hill-Griffin Stadium is located at the University of Florida, which is also the home of the University’s football team, the Florida Gators. Originally built on the site of a large cesspool, the stadium was nicknamed “The Swamp” for the Gators due to the rugged terrain and humid climate of the southeast coast of the United States. In this environment, a Florida academic decided to research a sports drink to prevent dehydration of players and spectators. Thus, the famous “Gatorade” was born.

This is the soccer stadium that fans are familiar with and has undergone a complete redevelopment. 2003 saw the demolition of the symbolic “Wembley twin towers” and the completion of all demolition work at the old Wembley. After several years of refurbishment and renovation, the new Wembley Stadium was officially opened in 2007 and is the largest stadium in the UK. 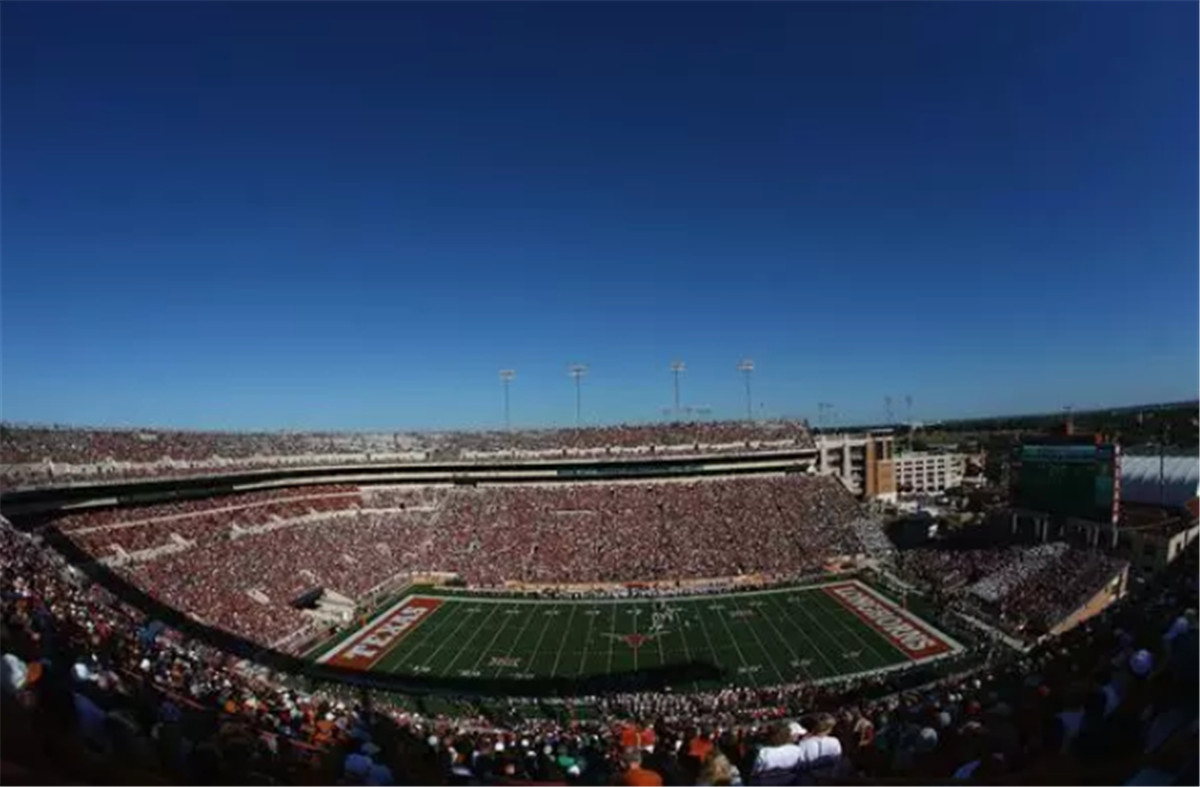 Texas is known for being “big” in every way, and the stadium is certainly no exception. The Cotton Bowl is not a single-sport stadium, having hosted NFL (American Football League), NASL (North American Soccer League) and MLS (Major League Soccer) events over the years, and even the 1994 World Cup in the United States.

Located in Los Angeles, USA, this stadium has a romantic name: the Rose Bowl. But it is remembered more by the world because of Pacquiao’s forlorn back after missing a penalty kick in 1994. (In 1999, the resounding roses of the Chinese women’s soccer team also lost the World Cup here.) Rose Bowl Stadium, which has hosted five Super Bowl games, is now home to the UCLA Bruins, the football team of the University of California, Los Angeles (UCLA). The Rose Bowl Game is held here every year and is the largest game in many college sports.

Sanford Stadium has been home to the University of Georgia Bulldogs since 1929. The Atlanta-based stadium also hosted the 1996 Olympic soccer tournament, witnessing the legendary Kanu-led Nigerian team that won Olympic gold that year.

Los Angeles Memorial Coliseum, a large outdoor stadium located in University Park in Los Angeles, California, USA, is the only stadium in the world that served as the main venue for two Olympic Games (1932 and 1984 respectively). In the 1980s and 1990s, it served as the home of the Los Angeles Raiders (LA Raiders), and is therefore well known to fans. The “Black Hole” organization, founded by Raiders fans, is also an influential fan organization in the history of the NFL.

In 1994, the Los Angeles Raiders relocated to Oakland and Los Angeles Memorial Stadium entered a long period of renovation and redevelopment, and the stadium was no longer occupied by sports teams on a permanent basis. 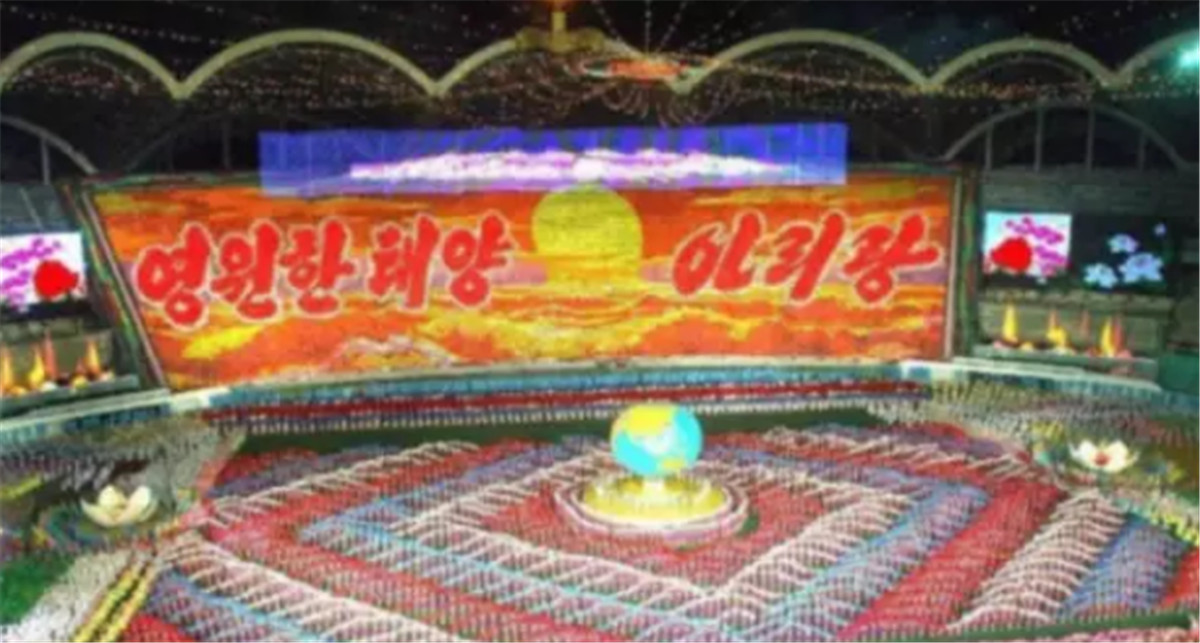 The opening and final games of the World Cup were held in the largest stadium on the African continent, and it witnessed the historic moment when Spain beat the Netherlands to be crowned world champion. The soccer stadium stadium brings out the best of the African element, but the use of the stadium after the World Cup has been subject to questions.

Located in Mexico City, Mexico, Estadio-Azteca is worthy of being a monument in the history of world soccer. It has hosted two World Cup finals, witnessed the last glory of Pele in 1970, and witnessed the moment when Maradona smashed the German chariot to dominate 16 years later.

The Mexicans call the Azteca Stadium “Colossus of Saint Ursula”, and this temple is no stranger to England fans. It was in this stadium that Maradona scored the goal of the century in the quarter-finals of the World Cup in Mexico, and also played the “hand of God” to send England home.

If you were to choose the best representative of a soccer stadium in the world, Camp Nou would be one of the most competitive. Since its construction in 1957, it has been the home of La Liga giants Barcelona.

The stadium’s grass is below the horizon, which means that you can’t really observe the majesty of the Camp Nou unless you go inside the stadium yourself. The stadium has unparalleled beauty, yet there are rumors that Barcelona is planning to build another new stadium. Rationally, however, it seems more likely that the Camp Nou will be refurbished.

The Melbourne Cricket Ground is designed in a large circle, which also ensures that every angle in the stands can enjoy the exciting moments of the game. It is the largest cricket ground in the world and also hosts the Australian Rugby tournament.

The Melbourne Cricket Ground was built in 1850 and has undergone two major renovations since then. It has seen the rise and fall of Australian sport over the past century and a half and has a unique charm unmatched by any other stadium and is on the Australian Government’s National Heritage List.

With a capacity of over 100,000, Royal Darrell-K-Texas Memorial Stadium is home to the University of Texas Longhorns, the largest football stadium in the Big 12 and the second largest in the state of Texas.

Despite their recent poor form, the Longhorns have been the most profitable team in the American football market, with an estimated value of $1.15 billion. Naturally, their home stadium is no slouch either, ranking among the top in the nation. 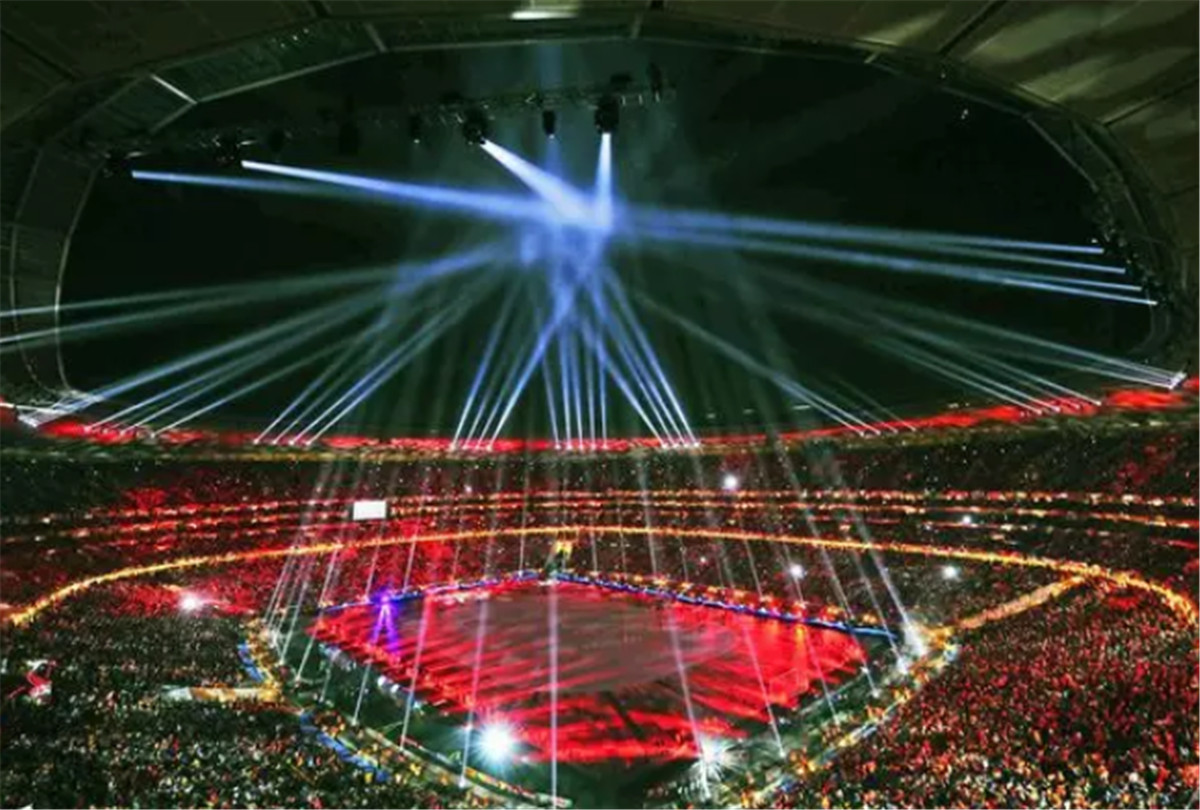 Bryant-Denny Stadium, located at the University of Alabama, is the home of the school’s football team, the Alabama Crimson Tide. The stadium’s sheer size and the roaring atmosphere have become a perpetual nightmare for other teams. Under the direction of head coach Nick Saban, the Red Tide has become one of the most successful teams in the history of American football.

Located in Baton Rouge, Louisiana, this stadium is home to the Louisiana State University Tigers (LSU Tigers), one of the largest stadiums in the country. How big is Tiger Stadium? If it were filled to capacity, the stadium would be the fifth most populous “city” in Louisiana.

Neyland Stadium at the University of Tennessee used to have a larger capacity, but after a renovation, the stadium’s seating capacity was reduced to the current 102,455. Hall of Fame inductee Peyton Manning played here, and the stadium is named for legendary varsity football coach Robert Neyland.

Texas, known for its “big” stadium, contributed the third stadium on this list. Located in College Station, Texas, this stadium has been home to the Texas A&M football team since 1904. The stadium’s crowd is affectionately known as “The 12th Man” on the field. The soccer stadium, located in a small town, is even larger than AT&T Stadium, built at a cost of $2 billion by the state’s famous NFL team, the Dallas Cowboys.

Ohio-Stadium is a large football stadium located in Columbus, the capital of the U.S. state of Ohio, and is affiliated with Ohio State University, home of its varsity team, the Seven Leaf Trees.

On Saturday afternoons, Ohio Stadium is packed to the rafters with rabid fans, and the crowd is as loud and enthusiastic as a mountain. During the game, fans will spontaneously chant “O-H-I-O” (O-H-I-O), alternating between fans on both sides of the field, one letter at a time. At the end of the game, the “Ohio Song” is sung as a group.

Beaver-Stadium, home of the University of Pennsylvania Lions, is a sight to behold in Philadelphia every game day. The stadium is also known as one of the scariest in the country, with every visiting team on the edge of their seats to the roar of the fans.

This stadium, located at the University of Michigan, is widely known by the nickname “The Big House” and is home to the Michigan Wolverines. Under their legendary coach Jim Harbaugh, the team has consistently ranked among the league’s top performers, which has kept Michigan Stadium’s attendance at a brisk pace, sometimes packing the stadium with as many as 115,000 people.

Michigan Stadium is the largest stadium in the country, and in 2013 set a new national record for attendance. In a game between the Michigan Wolverines and the archrival Notre Dame Fighting Irish, the crowd reached 115,109. 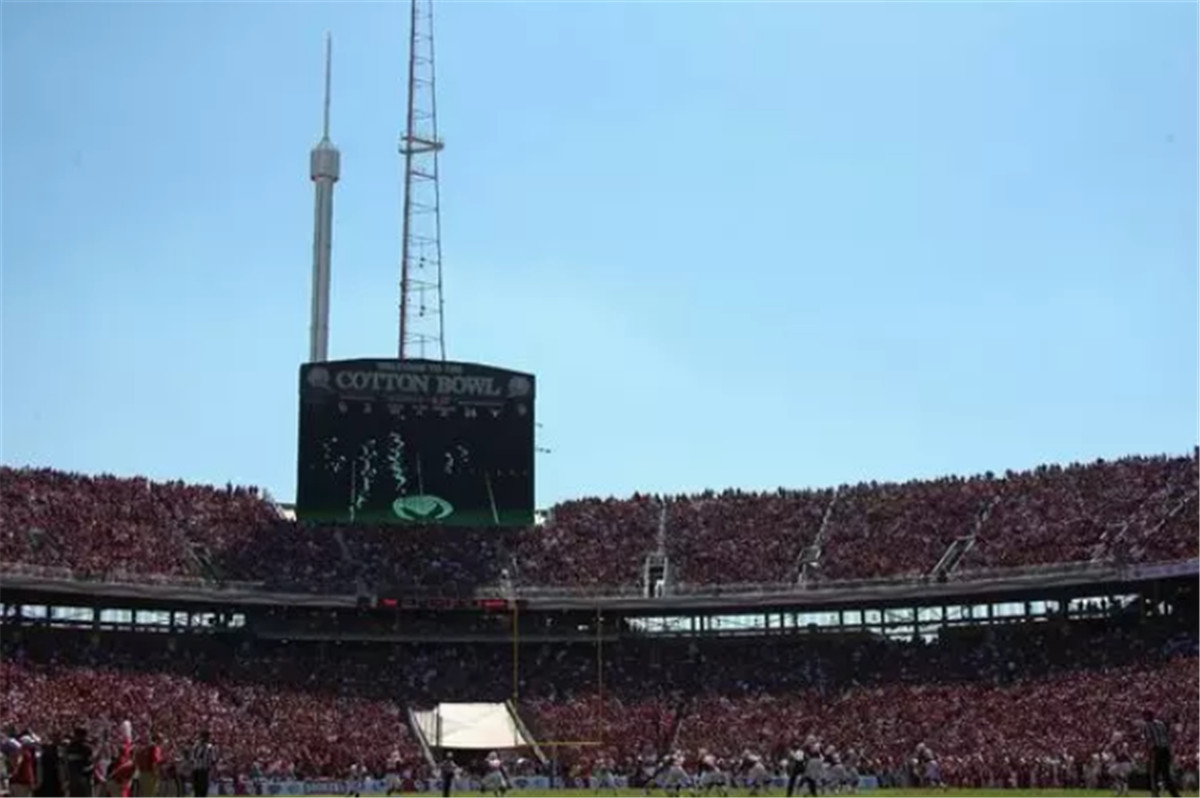 Located on Ayala Island in Pyongyang, the capital of North Korea, the 1st of May Stadium was completed on May 1, 1989 and is currently the largest stadium in the world with a capacity of 150,000 people.

May Day Stadium is a comprehensive sports and cultural base where various games such as soccer matches can be played, and many important events have been held there. One of the most widely known events was the world’s largest group performance, a large group exercise and artistic cultural performance “Arirang” with more than 100,000 participants, held in honor of the country’s leaders and national independence. The stadium, even more than twice the size of Cardiff’s Millennium Stadium. The May Day Stadium is also considered to be one of the representative buildings of the “World’s Best” in the heyday of the North Korean economy.