Stadiums —new or remodeled— provide excellent and innovative examples of architecture on a large scale; they are required to shelter thousands of people, including the athletes of the games they host. In addition to the technical aspects and considerations related to sports, these structures apply interesting cladding systems, with some stadiums even generating the energy needed to function. 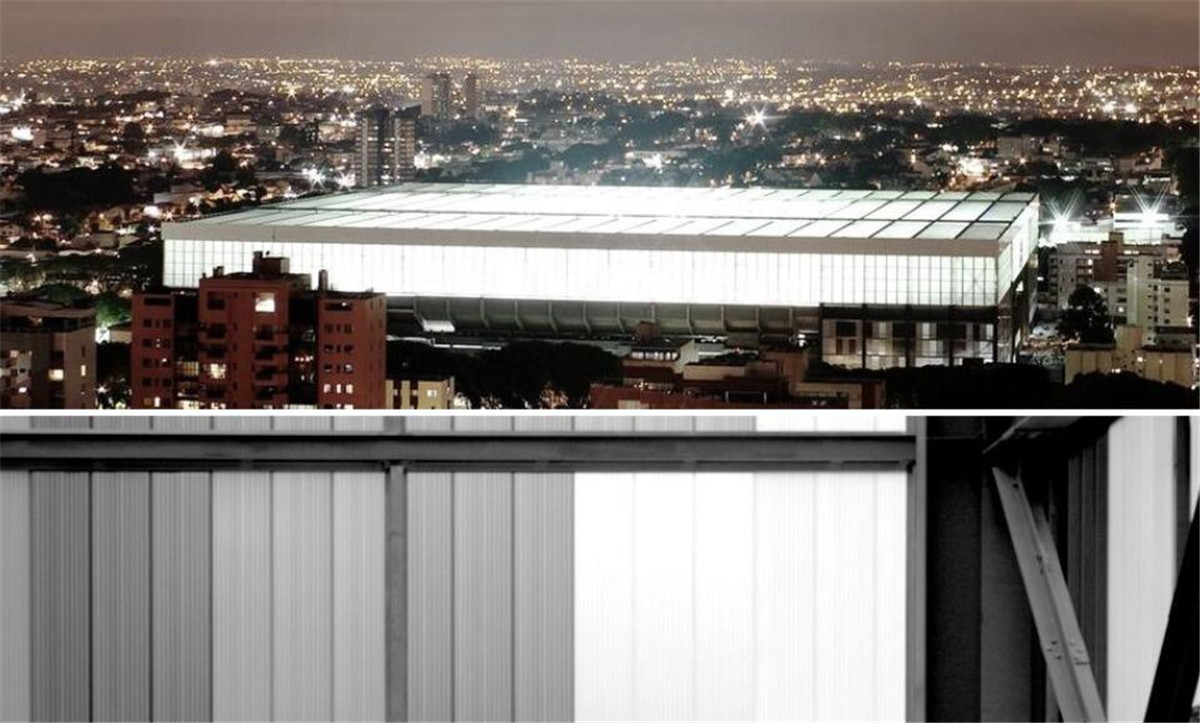 Remodeled and expanded for the 2014 Brazil World Cup, the Arena da Baixada is a 126,836 square meter stadium with a capacity of 42,417. Its design is inspired by the “illuminated box” concept, joining the existing structure through a system of easily assembled components. The materials used were standardized to achieve a certain lightness, permeability, and translucency between the interior and exterior.

This project was conceived as a constructive, modular and prefabricated system, allowing the stadium to be built in stages. The galvanized metal trusses are repeated rhythmically, creating a cloak that covers the stadium. They are clad in aluminum panels, opaque or microperforated, generating semi-transparent planes. 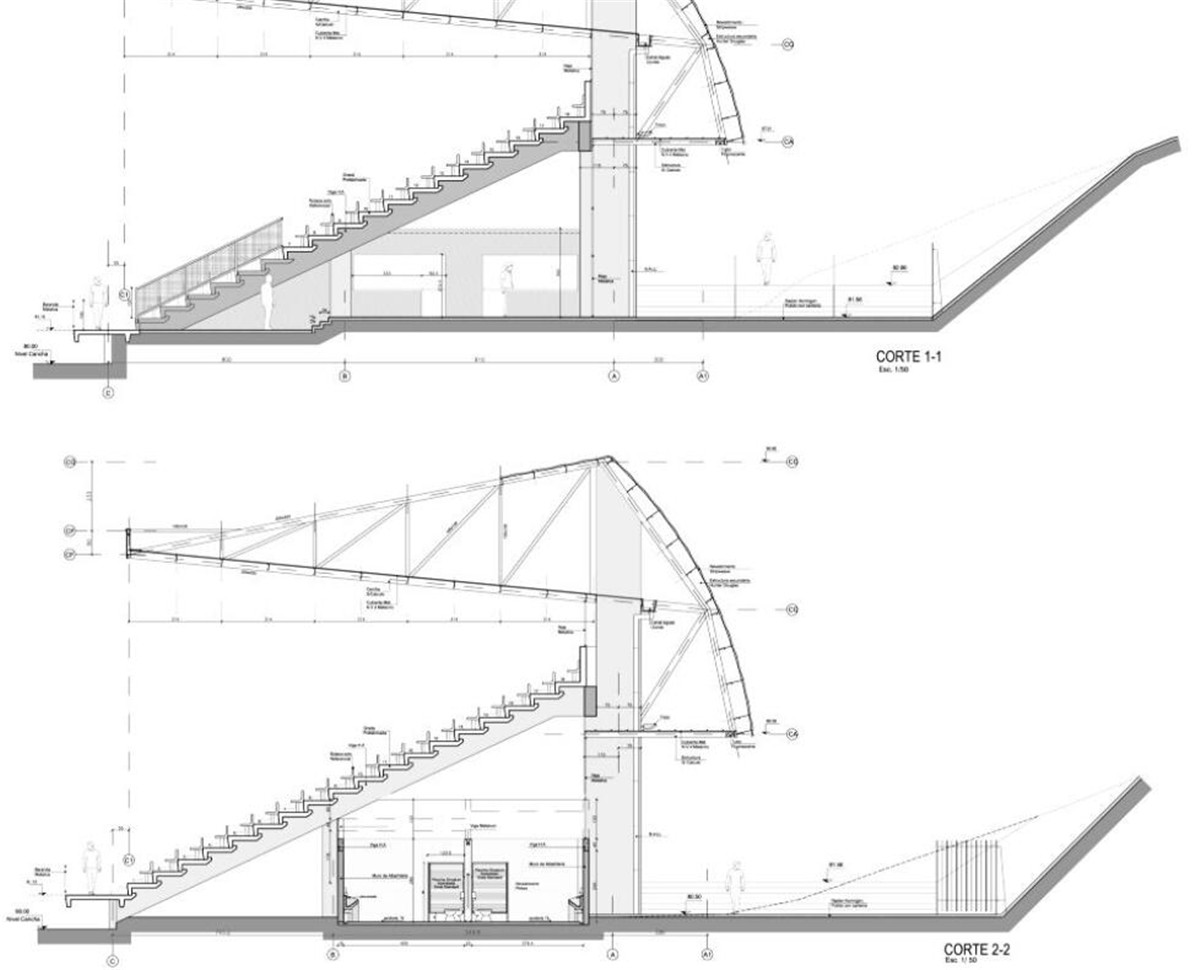 The Castelao stadium was also remodeled for the 2014 World Cup, with the modifications following the guidelines of the original 1970s design. Its external envelope is covered by a translucent “skin” leaving its concrete structure visible from the inside. Concrete pillars were established through its inclination to provide a guiding element to develop the new steel structure and the constructive logistics. The 60 steel trussed columns were installed to perform two main functions: diminish the vibrations from the stands and support the new roof structure.

With a capacity for 30,000 spectators, this stadium is characterized by its perforated metal facade. From the inside, the transparent external walls allow views of the surrounding city. The stadium’s retractable roof also gives it flexibility and increases the sensation of permeability and openness.

This stadium has a capacity for 10,000 people and stands on a 46,000 square meter property. Like the previous structures, it seeks to generate permanent visual relationships between interior and exterior through a colorful curtain wall facade with horizontal and vertical parasols. The large volume of the building is reduced by its transparent facade and slender 15-meter beams.

Home to one of the most important basketball teams in China, the stadium has a capacity for 15,000 visitors. “The steel roof structure of the stadium has a diameter of 157 meters. It consists of an external, vertically undulating pressure ring. From this are suspended 28 ribbons, on which lattice frame structures are placed for bracing. The roof area is supported on zig-zag shaped struts. A unique feature worldwide is the cable network facade between roof and floor, which consists of triangular panels with insulating glazing.” 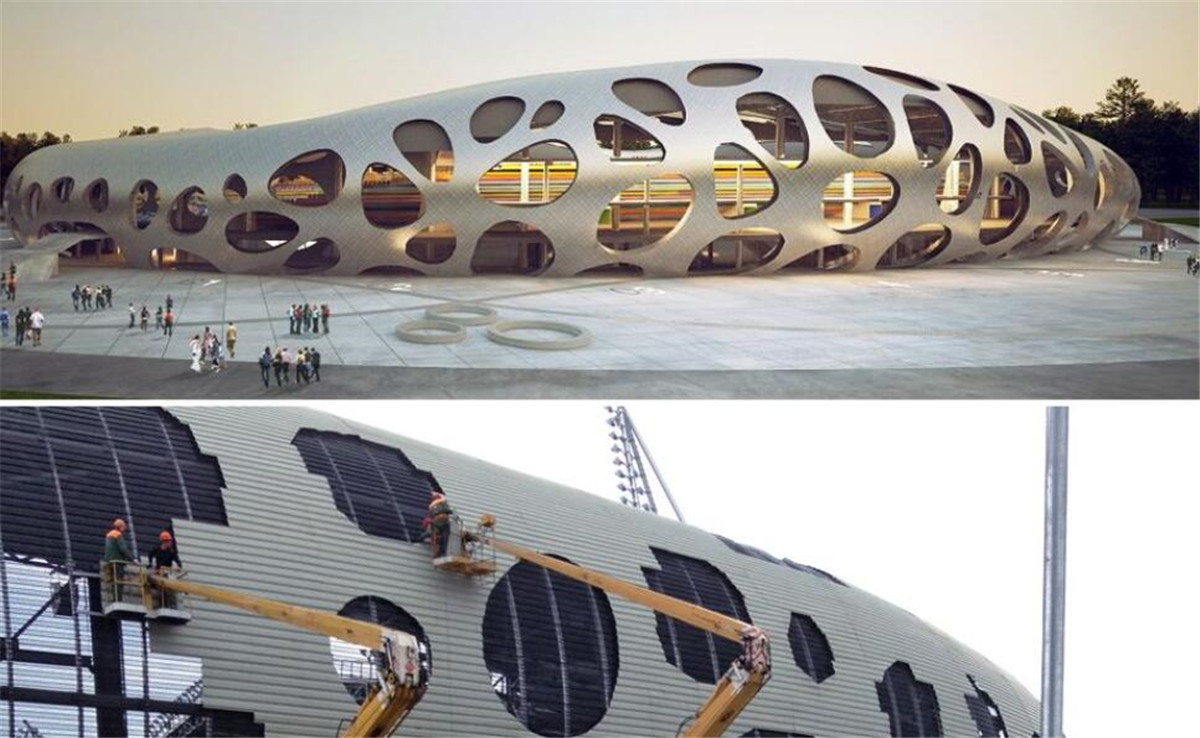 The Mineirao stadium was inaugurated in 1965, with a capacity of 130,000. Designed by the architects Eduardo Mendes Guimaraes Junior and Gaspar Garreto, the stadium was built with a rhythmic structure of reinforced concrete. For the 2014 World Cup, its roof was completely remodeled to keep pace with the stadium’s 88 concrete frames, thus creating 26 meters of new cantilevered coverage in white. The whole area above the existing slab received the largest network of solar panels in Brazil, producing enough energy for 1,200 homes.

With a capacity of 13,000, the stadium forms a unified rounded dome, giving the impression of a single closed object. The skin of the dome gives the illusion of a perforated textile pulled over the stadium skeleton. The space between the skin and the stands is a public street, which includes shops, bars, services and office galleries for VIP and the press. 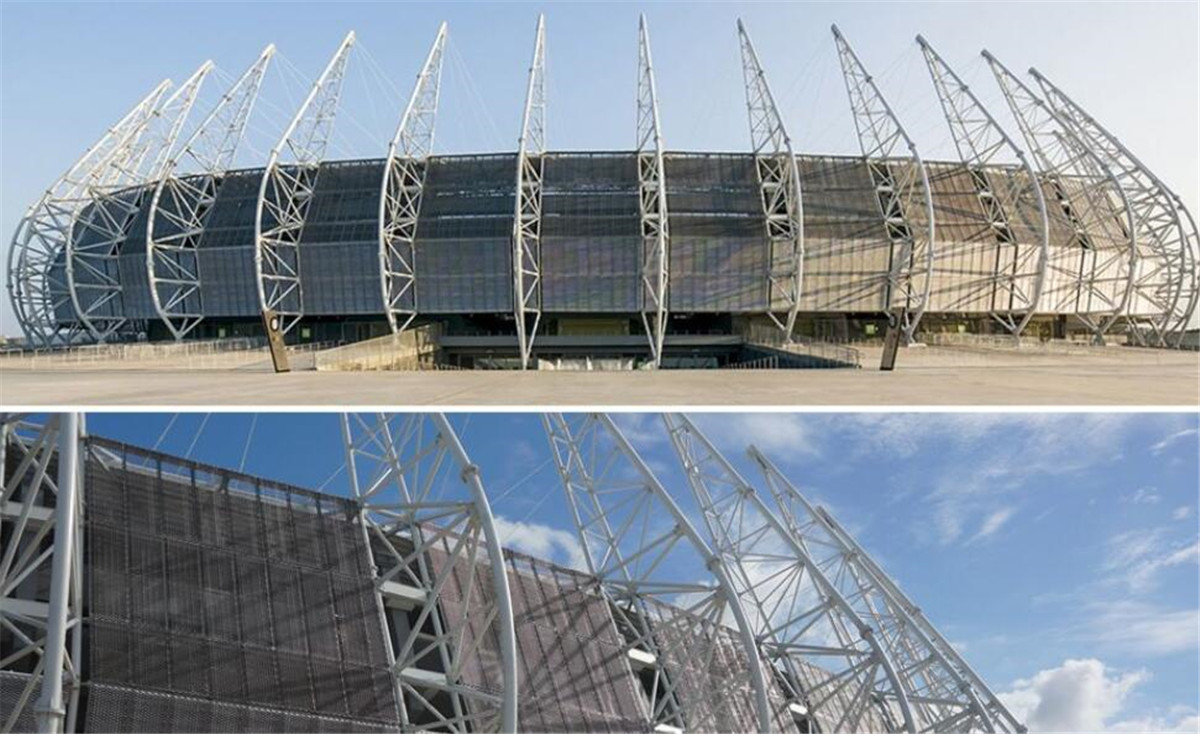 In December 2009, the city of Nice launched an international competition for the construction of a new 35,000-seat stadium. Located in a seismic zone, the stadium is constructed of a strong and expressive white metallic structure, which remains visible behind a translucent ETFE membrane. The cover, on the other hand, is comprised of a PVC membrane and photovoltaic panels, which protect the spectators from direct sunlight and generates energy for its operation.