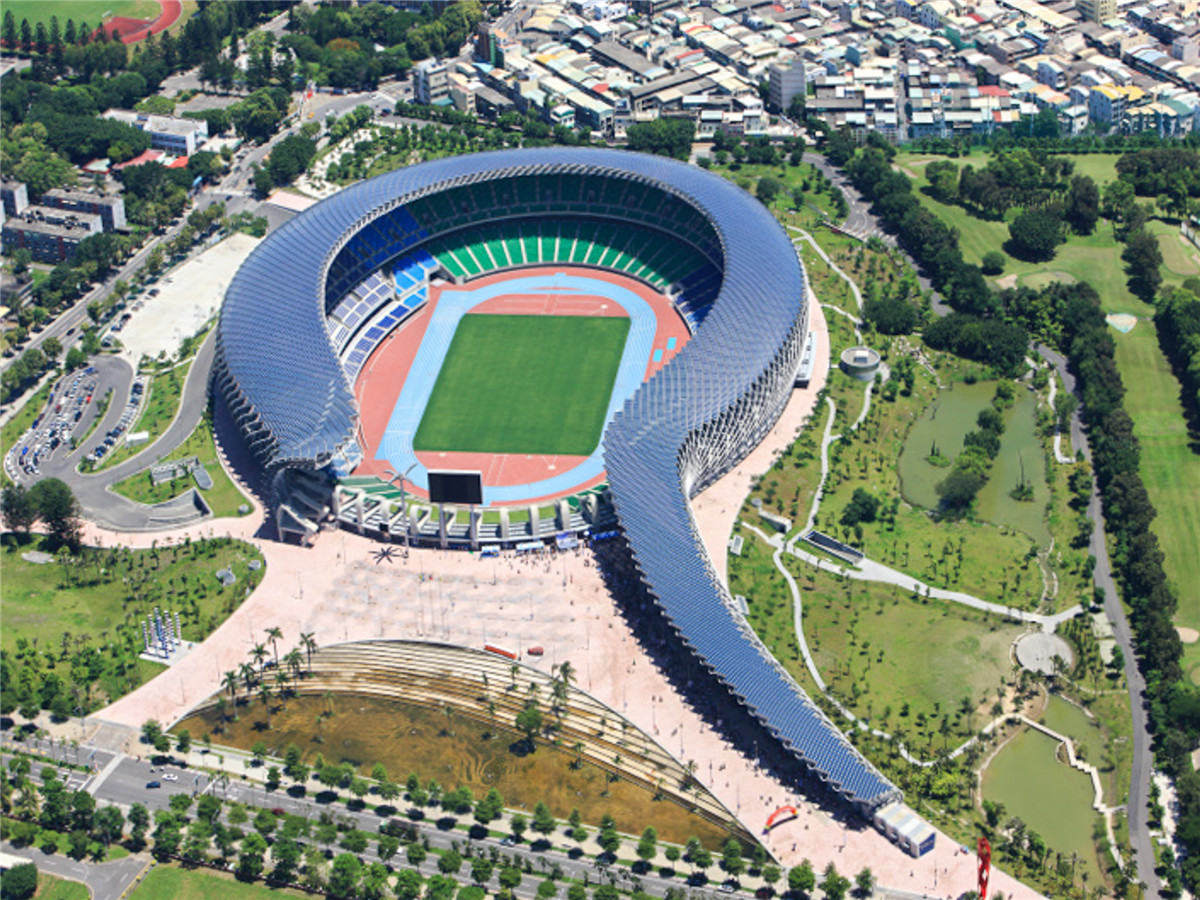 The project is located in an open, flat site, next to the Bordeaux Exhibition Centre. With a maximum capacity of 42,000 people, the stadium offers the best views for everyone and maximum flexibility of use, not only for rugby and football matches, but also for performances, concerts and corporate events.

The New Bordeaux Stadium appears light and open. The uniformity and homogeneity of scale and materials, as well as the precision and purity of form, inspire a sense of monumentality and elegance. One might compare it to a classical temple. The stadium’s grand staircase blurs the boundaries between inside and outside, with numerous columns standing on steps that merge and create gestures of openness and accessibility. 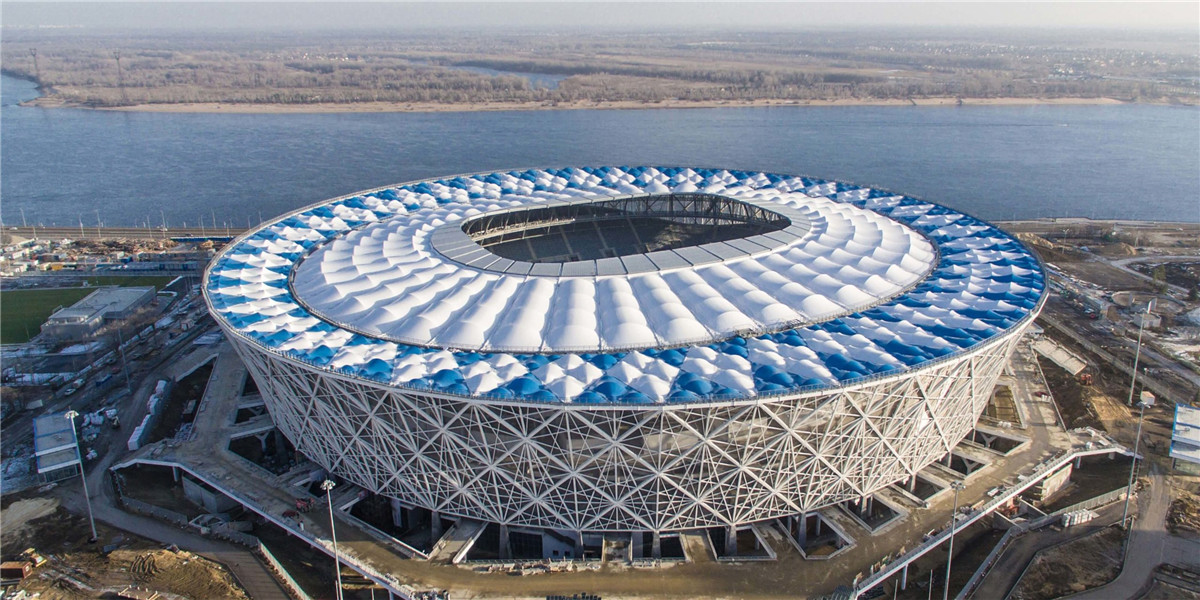 Atletico Madrid’s new stadium – the Wanda Metropolitano – is based on the renovation and expansion of the stadium built in 1994 by Cruz y Ortiz Architects. The new stadium has a capacity of approximately 70,000 spectators and will be able to accommodate the highest level of competition, such as the UEFA Champions League (UEFA Champions League) final.

The expansion of the stadium achieves a double objective: on the one hand, the recognisable elements of the old stadium are preserved and continued. On the other hand, the extension ties the old stadium together nicely, creating a harmonious whole. The architects did not want to end up with a combination of two different pieces, but rather a single piece that would represent the new image of Madrid with the old and the new in perfect harmony.

Kengo Kuma & Associates and Azusa Sekkei Corporation have completed construction of the new National Arena, which was originally planned to host the Tokyo 2020 Olympic and Paralympic Games. Construction took about three years to complete. Zaha had provided a proposal for the project, but it was not adopted because the budget was too high and it could not be completed before 2020.

Wooden elements are used around the edges of the building and around the roof to show the connection with nature in a Japanese style. Many trees, flowers and shrubs have been planted to help the building blend in with the environment.

The stadium covers an area of 12,000 square meters. With the exception of the northern and southern areas where the stands protrude from the field, the functional spaces are built into the interior of the building. The relatively narrow space is further divided into smaller rooms by structural roof elements that extend underground.

Wooden roofs growing out of reinforced concrete columns unfurl like the canopies of trees. The basic concept is to create a unique structure with its own internal logic and a clean static system that combines the rational tendencies of contemporary Hungarian stadium architecture with more complex forms and structures in an innovative context. 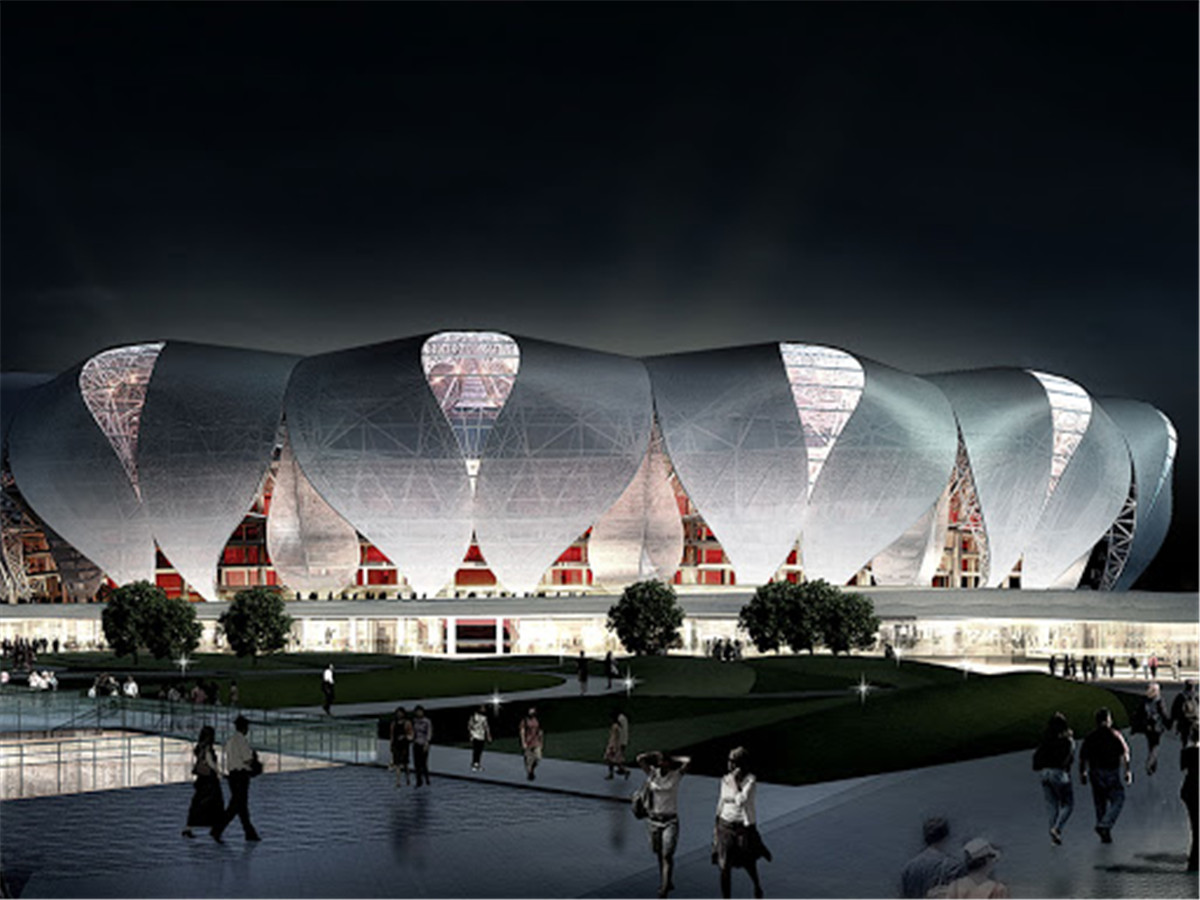 The project is a 40,000-seat stadium for the 2022 World Cup in Qatar. Located in the coastal city of Wirkra, the architects incorporated the traditional local dhow into the design in an abstract way, adapting it to the climate, environment and function.

The design of the stadium roof and shell is based on the dhow in its geometry, material selection and detailing. The metal strips above the eaves also echo the wooden elements of the dhow triangles. The folds of the stadium’s opaque roof and side walls, on the other hand, are derived from Arabic iconography, enhancing the texture of the shell and also emphasizing the unique geometry of the stadium.

The Mineiro Stadium, built between 1963 and 1965, was designed by Eduardo Méndez Guimarães II and Caspar Garetto, and its expressive concrete structure makes it a heritage building. The aim of the renovation programme was to adapt the historic building to the functional, technical and infrastructural requirements of a modern stadium. In order to protect all the seats from wind, rain and sun, the renovation programme also included the construction of a lightweight spectator roof to complement the retained concrete roof.

The Brazilian National Stadium was built on the site of the original Mané Garrincha Stadium. The peristyle has a dense forest-like colonnade structure and a double ceiling. The aim of the design was to find a suitable architectural solution for the site that would preserve the traditional character of the place, while at the same time being an excellent modern building.

As the largest building on the central axis of the city on Avenida Brasília, the stadium develops into a strong structural volume, in keeping with its urban context. The bowl-shaped stadium is surrounded by colonnades, a dense forest of colonnades that not only supports the roof, but also accommodates all the flow of the stadium. This clear gesture is emphasized by the almost reduction to a prototype element, with concrete as the basic material. The circular suspended roof is a two-layer structure, with an upper layer of fibreglass fabric coated with a non-stick coating and a lower membrane made up of a back-lit mesh fabric.

“The ‘bowl’ shape of the building provides spectators with an excellent view from any position in the stadium. The stadium can host any type of event – from Australian football, cricket, rugby and soccer – to concerts and other large entertainment events. The stadium can seat 60,000 in rugby mode, 65,000 in rectangular mode and 70,000 in concert mode.

The striking bronze-coloured façade (an anodised aluminium coating) reflects the unique geological features of Western Australia when exposed to sunlight. The LED lighting system changes the colours of the host team at nightfall. The lightweight fabric stadium roof covers 85 per cent of the seats to cope with the hot, sunny local climate. Spectators have direct views across the Swan River to the city centre. The surrounding landscaping highlights the history and culture of the region’s indigenous people. 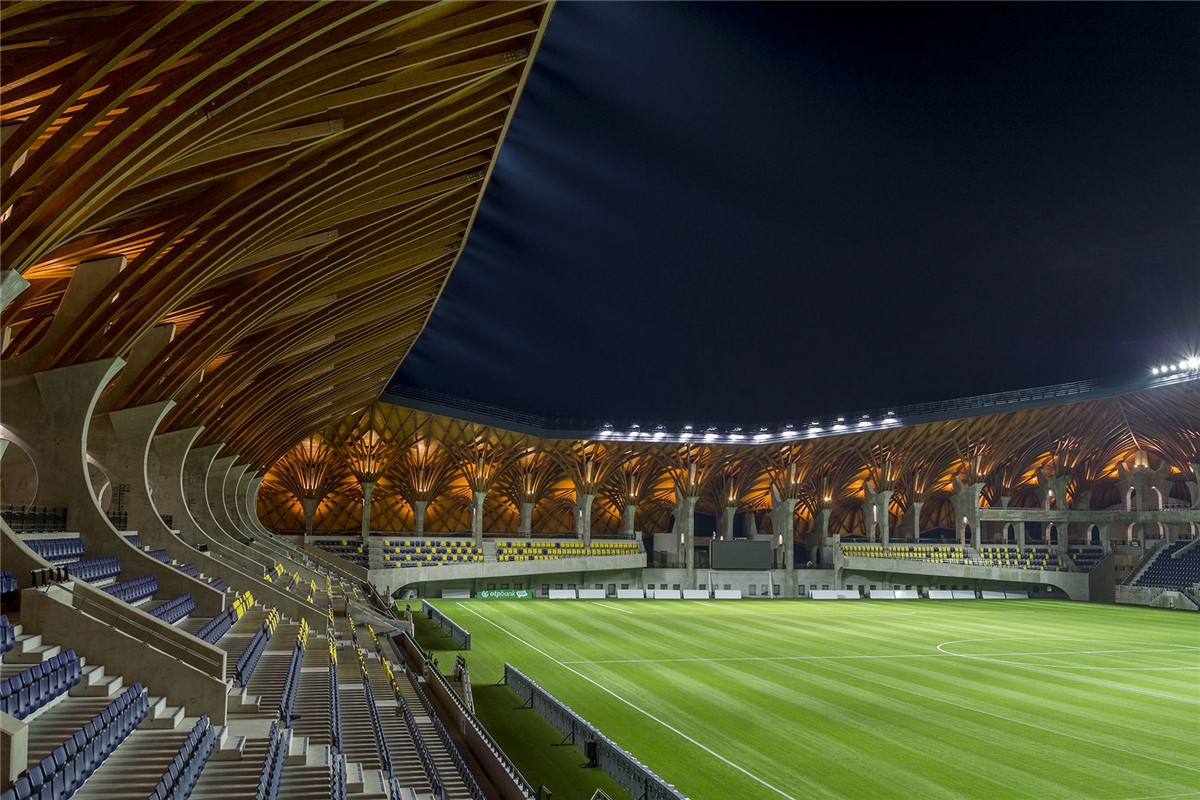 The stadium was designed to fit into the historical and cultural fabric of the city. The orientation of the stadium is strictly north-south, so the architects did not align it with the original city axis, but the structure responds to the cultural history of the city.

The form of the design is an inverted truncated cone with a stainless steel grid structure on the facade. Viewed from the front, the building presents a very solemn image, a symbol of military glory and a tribute to those who dedicated themselves to the defense of the country.

The stadium design is inspired by the lotus flowers on West Lake, with the 80,000-seat stadium wrapped around a petal-like cladding. According to the architects, “The stadium utilizes the native water lilies of West Lake as its conceptual inspiration and interprets the form as a series of modular petal-like structures that elegantly surround the stadium.”

The building is constructed primarily of steel, with a parametric design used for the facade and roof structure. This is to ensure that the building is as light as possible, thereby reducing material waste and the building’s carbon footprint.