Many cities in the world famous for sports will have a famous stadium, such as the old trafford stadium in manchester, england, the allianz arena in munich, germany, and the bernabeu stadium in madrid, spain, etc.. These stadiums have recorded the rise and fall of sports in their cities, and have also become the business cards representing the characteristics of the cities. 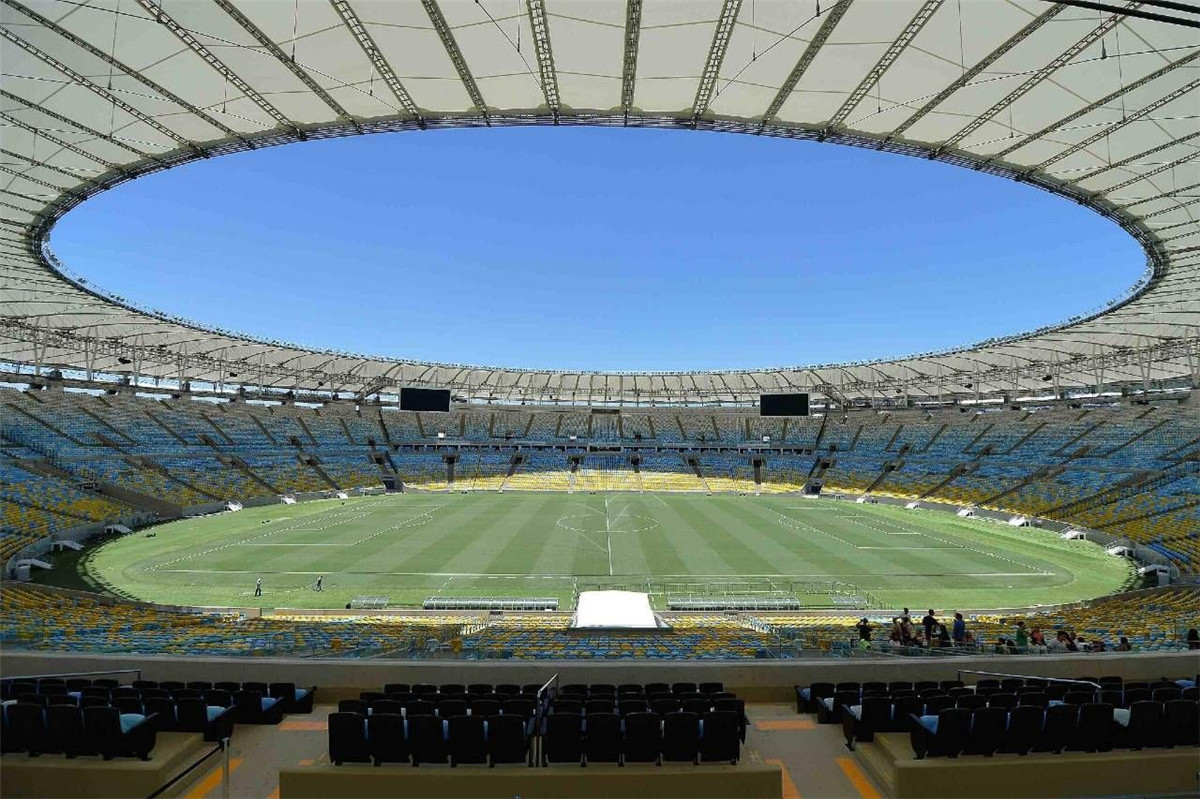 The maracanã stadium in rio de janeiro, brazil, is also one such city card, and is in a way closely linked to rio. It was not only the venue for the final of the 2014 fifa world cup in brazil, but also for the opening and closing ceremonies of the 31st summer olympic games. It was also once the largest stadium in the world, as well as one of the largest stadiums in the world today. Today, let’s talk about the maracana stadium in rio de janeiro.

The official name of the maracanã stadium is the mario ferrio reporter stadium (portuguese: Estádio jornalista mário filho). The official name is in honor of mário rodrigues filho, who actively supported the construction of the stadium at the time.

So, why is the stadium called “Maracanã”? The name comes from the nearby maracanã river. The word “Maracana” Means “Like the cackling of birds” In the tupi-guarani language spoken by the indigenous people of brazil. Before the stadium was built, it was home to the “Maracana macaw” From northern brazil, which gave the river its name.

Located north of the city of rio, maracanã stadium was built for the 1950 world cup in brazil and was originally designed as a mega-stadium with a capacity of 155,000 spectators, including tens of thousands of standing seats, as well as a few vip seats and boxes.

Construction of the stadium began on august 2, 1948, and approximately 10,000 workers were involved in its construction, opening on june 16, 1950, just before the world cup, although the entire stadium was not fully completed until 1965. The stadium is oval in shape, with a longest diameter of 317 meters, and was six stories high when completed. Unlike the stands in other stadiums around the world, maracana’s stands are located in deep trenches around the grass, which is lower than the turf.

The maracana is mainly used for soccer matches and has hosted numerous rio state and brazilian domestic soccer matches. It has also hosted many important international-level events, including eight world cup final stage matches, notably the 1950 and 2014 world cup finals, and the 2013 fifa confederations cup final. It is also the second soccer stadium in the world to have hosted two world cup finals (the first was the estadio azteca in mexico city).

The maracana is also a multi-purpose stadium complex that has hosted and will host several important events at the international level, such as the 2007 pan american games and the 2016 rio olympic and paralympic games.

On days when there are no international competitions, the maracana is home to two of rio’s local club teams, flamengo and fluminense.For a long time, it was the largest stadium in the world due to its huge capacity, and in the 1950 world cup final between brazil and uruguay, a claimed 200,000 fans watched the game at the maracana. In the crosstown derby between flamengo and fluminense (fla-flu), held on december 15, 1969, 194,000 spectators poured in. According to statistics, the brazilian national team has had crowds of more than 170,000 for four of its matches in the history of the maracana soccer stadium, and more than 160,000 for five of its club matches.

The maracana stadium has undergone several renovations. The capacity of the stadium has been gradually reduced since 1992 for safety and other reasons. For the 2014 world cup and the 2016 olympics, the stadium underwent a major renovation, slimming down in accordance with fifa requirements, and now holds only 82,000 spectators (still big~). 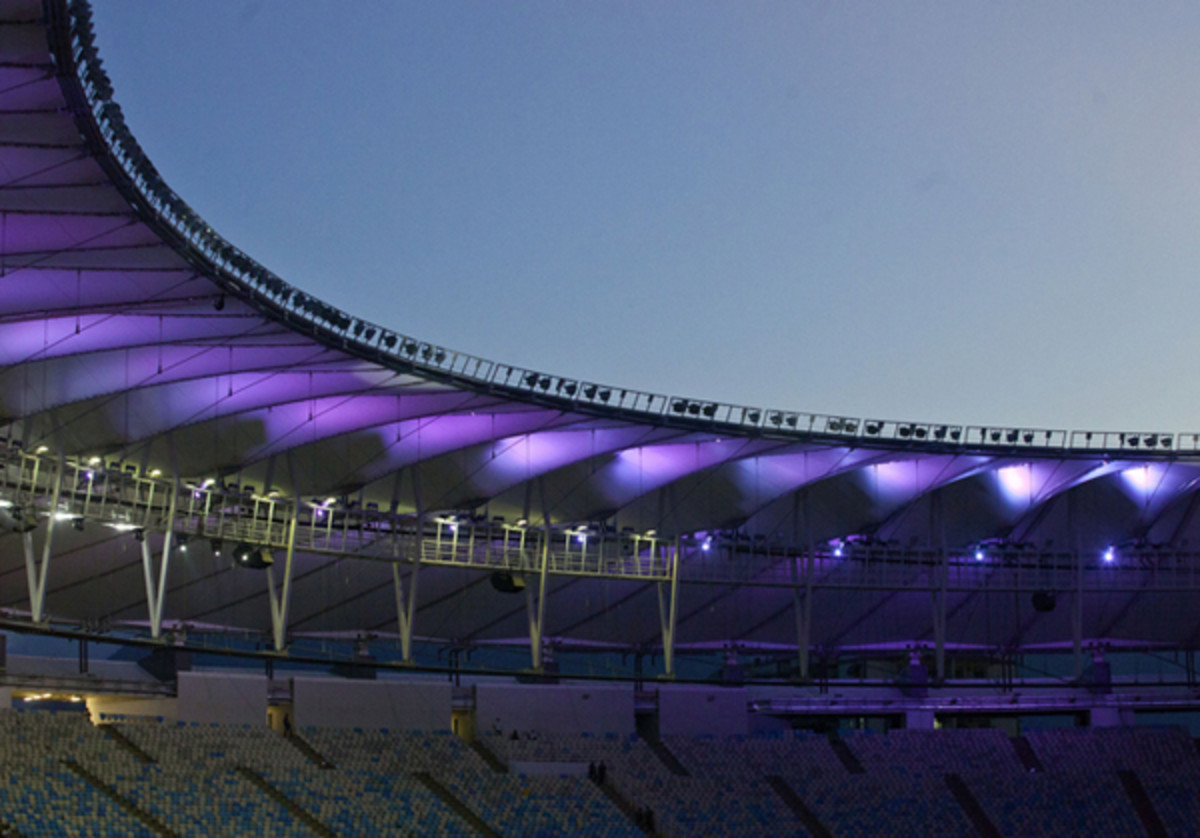 The capacity and the number of important matches it has hosted are not enough to illustrate the importance of the maracana to rio and brazil. It also holds several records and is considered an iconic stadium by many fans around the world.

On the night of november 19, 1969, pele (santos de são paulo) scored his 1000th career goal in a match between vasco and santos in the “Rio —- são paulo tournament” At the maracanã football stadium.

In 2000, to commemorate the 50th birthday of the maracanã stadium, brazil selected the “Maracanã top 40 stars”, whose footprints were carved into the floor of the hall, following the example of the hollywood walk of fame. Brazilian and world soccer stars such as pele, beckenbauer, eusebio, zico, romario and ronaldo have all left their footprints in the stadium’s hall of fame. Brazil’s top female soccer player, marta, is the only female player in the hall of fame to have left her footprints. The walls of the stadium’s lobby feature historic footage of the construction site when the massive stadium was built, as well as photos of soccer balls used by the brazilian team in different eras. On the front wall of the hall is a plaque recording the glorious moment when brazil’s national soccer team won its first world cup in ’58, with the names of all the members of the brazilian delegation at the time.

There is also a bronze statue outside the stadium of captain bellini, who led brazil’s national team to its first world cup title in 1958. 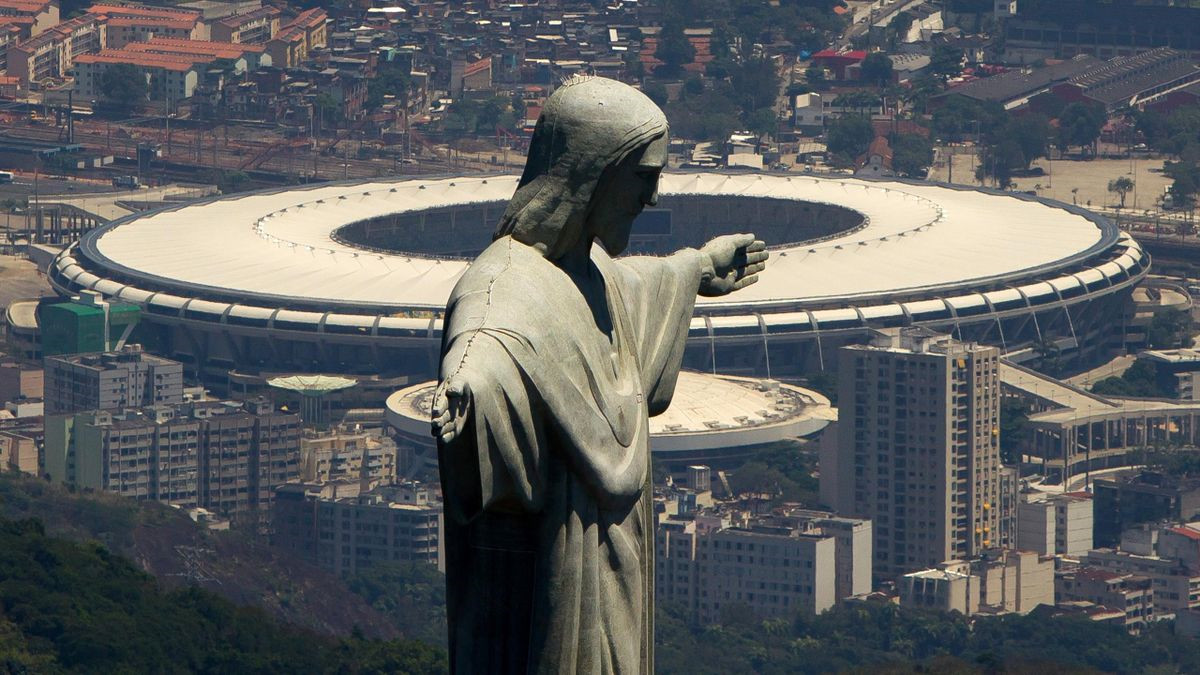 Pele, on the other hand, has scored the most goals in a brazilian national team match at the maracana. In 22 matches, he scored 30 goals.

Of course, the maracanã stadium is not only a record of the glory of brazilian soccer, but it also left brazil fans with a permanent wound: The famous “Maracanazo” (or maracanã strike), the 1950 world cup final. The world cup was a round-robin tournament, and brazil played well in the first two rounds, sweeping sweden 7:1 and spain 6:1. In the final round on july 16, brazil played uruguay, which effectively became the “Final” To decide the winner. The confident brazilians thought they had the game in hand (as evidenced by the 200,000 fans who watched the game). Uruguay had won 1 and drawn 1, and brazil could have won with a draw. As a result, uruguay came back to win 2-1, stealing the title and winning their second world cup.

Brazilians could not accept the result of the match and could not even forget it for a long time, and the day went down in the dark history of brazilian soccer and the maracana stadium.