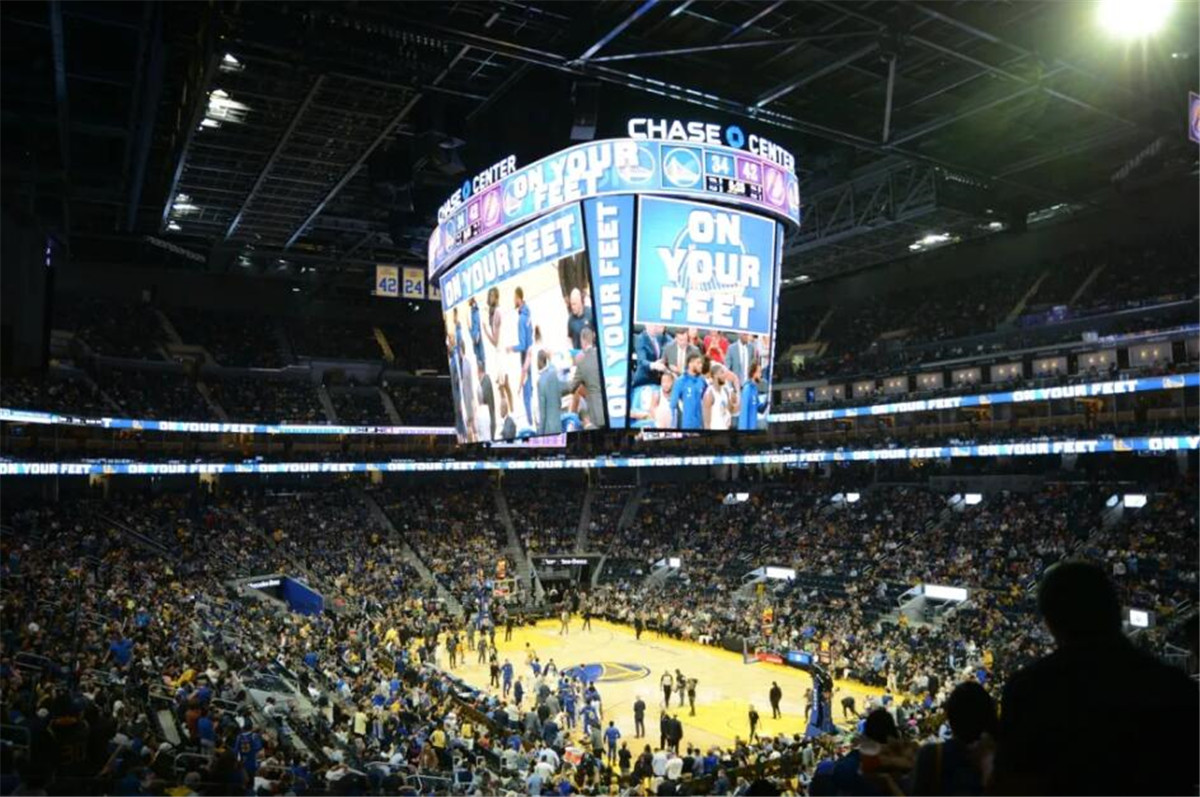 On september 3, 2019, the chase center was officially opened, and its presence set a new nba arena construction record. 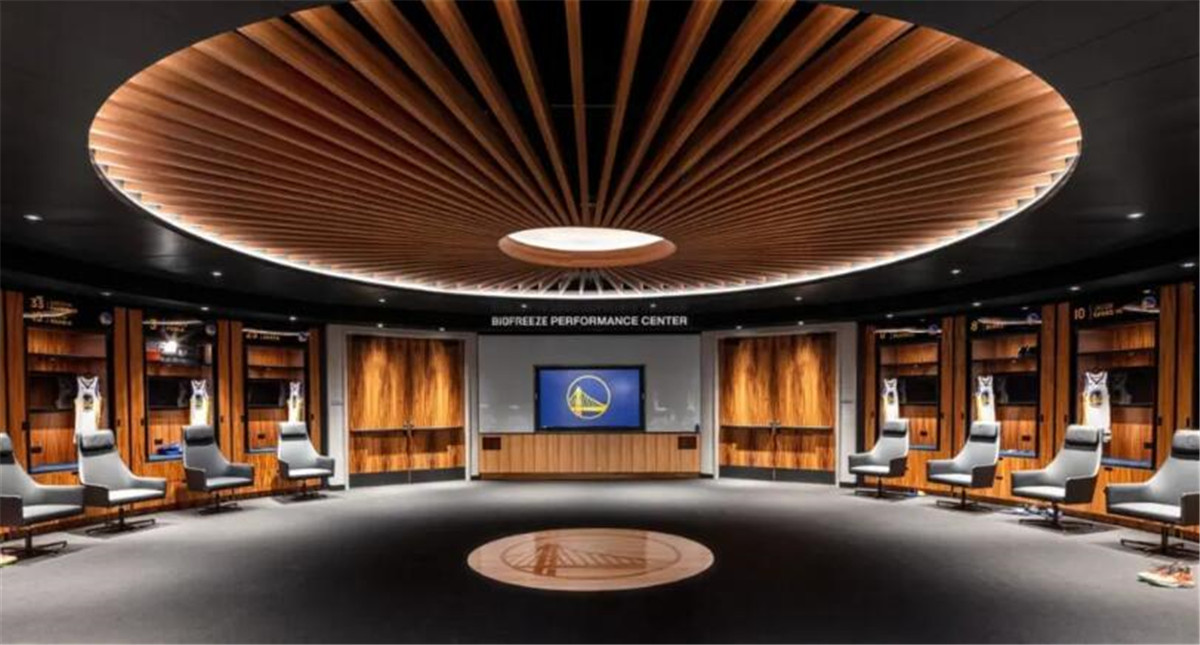 The $1.3 billion dollar project created a sports complex space with the 18,604-seat chase center, the nation’s most luxurious nba arena, as its core, complete with a concert venue, two office buildings totaling 54,000 square meters, and nearly 10,000 square meters of dining and retail areas.

With this, the nba team golden state warriors said goodbye to oracle arena, where they served for 47 years, and officially moved into this new home with a modern feel.

Owner lacob, a well-known venture capitalist for more than three decades, bought the team in 2010 for $450 million, and through years of successful management, the warriors have been a super team that has won three championships in five consecutive years in the finals, and their valuation has doubled tenfold to $4 billion.

In his opinion, oracle arena’s old arena space design has limited the upgrade of the on-site user experience, with sports, arts, dining, entertainment and leisure in one large sports complex building to meet the team’s international status.

Compared with the $500 million golden one center in the last issue, the design is less it mogul’s “Show-off” Of exclusive technology and more venture capital mogul’s boldness in sparing no money for technology facilities, especially in led screens.

Led screens with no expense spared

Most notable is the largest central suspended led screen display in nba history, if not the largest in any sports arena, with a total area of 9,699 square feet. The entire screen cluster consists of 15 displays stitched together, containing a total of 24.95 million pixels and 74.8 million leds.

The entire top half of the arena’s central display is dedicated to presenting on-court statistics, provided by the nba’s video tracking partner second spectrum. Assists, caps, steals, offensive rebounds, turnovers, shooting percentages, and even the most important high-level data analysis for hardcore fans, highlight replay, scores from other events, and more, are all presented to the live audience in real time, with the oversized the screen gives the best viewing experience to the audience anywhere in the arena.

The four displays in the corners of the arena will show all in-game data in real time, except for fouls, so players can distinguish their shooting percentages from all positions on the court, and the audience can see them clearly.

The most direct way to enhance the spectator experience in modern arenas is the use of a large number of led screens, said zhou boqui, deputy general manager of shanghai jusco intelligent sports co. “Used in sports events, can provide instant display of various event data and event video; used in entertainment events, can be combined with the lighting effects of the stage, on the one hand, can reduce the cost of the organizer’s investment, the second aspect can enhance the audience’s viewing experience. This part of the technology requires input from both sides: Led hardware and video control system with a flexible mix.” 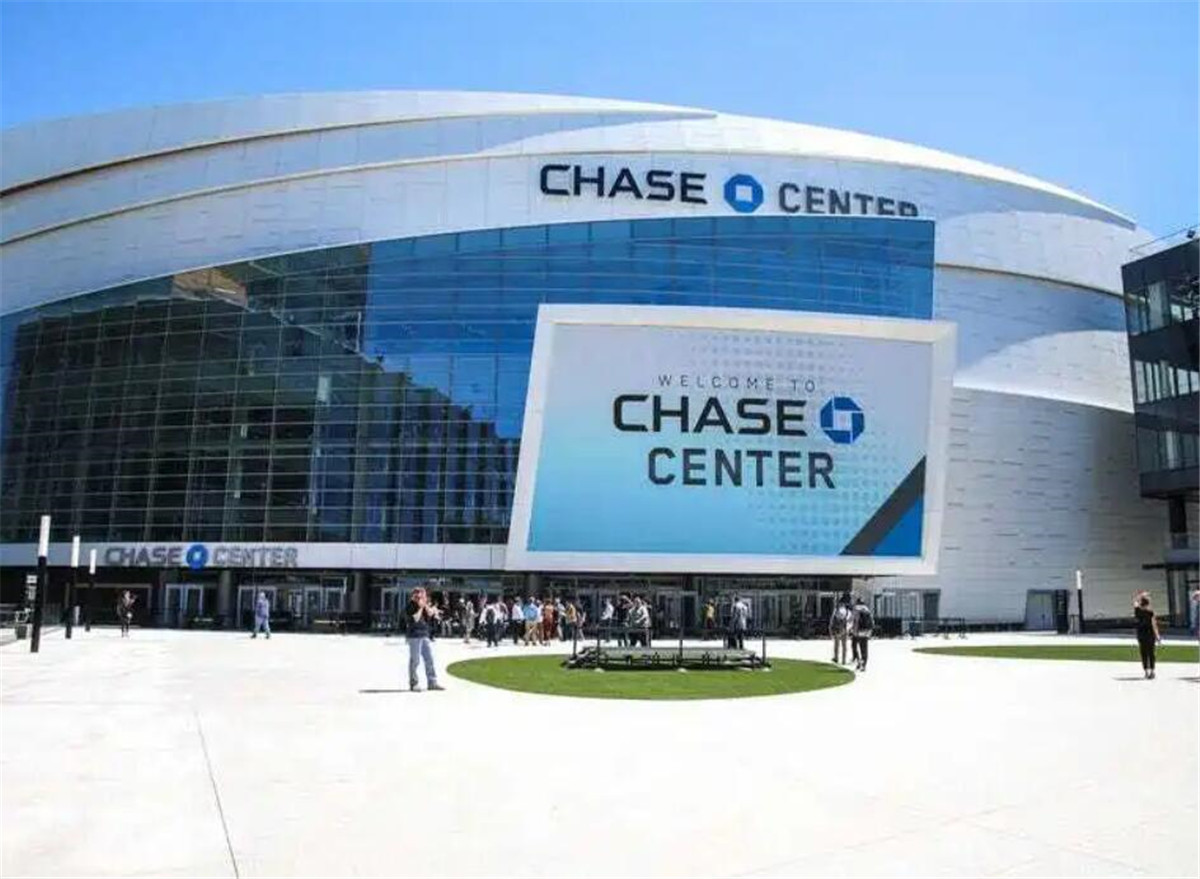 In the words of warriors ux officer hawkins, “These real-time data analytics were commonly used in television broadcasts, but i haven’t seen anyone else do it on the displays in the arena. ”

In addition, the first all-outdoor led screen in the san francisco area was installed on the exterior of the arena above the “Thrive city” Entrance in a partnership between the chase center and regional sports network nbc sports bay area, a 74-foot-wide (the length of a school bus and a half), 42-foot-tall, 3,108-square-foot display. The 3,108-square-foot screen, which shows games during warriors’ home and away games, is the centerpiece of the chase center outdoor experience, where locals can enjoy restaurants and recreational activities off the court.

There are even led displays installed in the media booths at the chase center arena, which are unparalleled in any nba arena.

Scoreboard operations team supervisor hartman said, “The technical facility components of the chase center are the best in the industry.”

Another integral focus of modern venues for spectator experience enhancement is the smooth provision of cellular network signals.

The chase center it infrastructure and network equipment solution, provided exclusively by hp, is equipped with state-of-the-art hybrid cloud solutions to ensure smooth operation of the technical facilities by ensuring uninterrupted network in every part of the pavilion. The operating system is also equipped with an intelligent automation system to reduce the manual operation process.

In addition, accenture provided technical consulting to address the elimination of wifi latency, enabling smooth transmission of statistics and video to mobile devices.

Zhou bo kui pointed out, “By providing smooth 4g/5g and wifi network communication on cell phones, it is mainly to provide the communication foundation for the audience’s on-site experience. On top of this foundation, it also needs to be paired with various application systems to provide various digital services for the on-site audience, so that the audience can truly feel the unprecedented viewing experience brought by the smart venue. ”

Chase center has spared no expense in taking the design of the player experience to a new level.

The floor here is made of a new high-tech toughness material, which not only increases the friction to prevent slipping, but also absorbs the sweat dripping from the players during the game to the greatest extent to avoid accidents. On this, the friction of sneakers will be greatly increased, maximizing the probability of accidents such as sprains and slips.

The arena also features a sports performance center with two standard-size basketball courts, six basketball racks, a 4,000-square-meter gymnasium, a sauna, a spa with float tanks, a cold-air therapy room, a barber store, a theater, a bar and a spa with float tanks. There is also a “Consciousness room” Where cell phones are not allowed and players can relax, meditate or engage in brain-stimulating games on ipads and virtual reality devices, run by a psychologist. 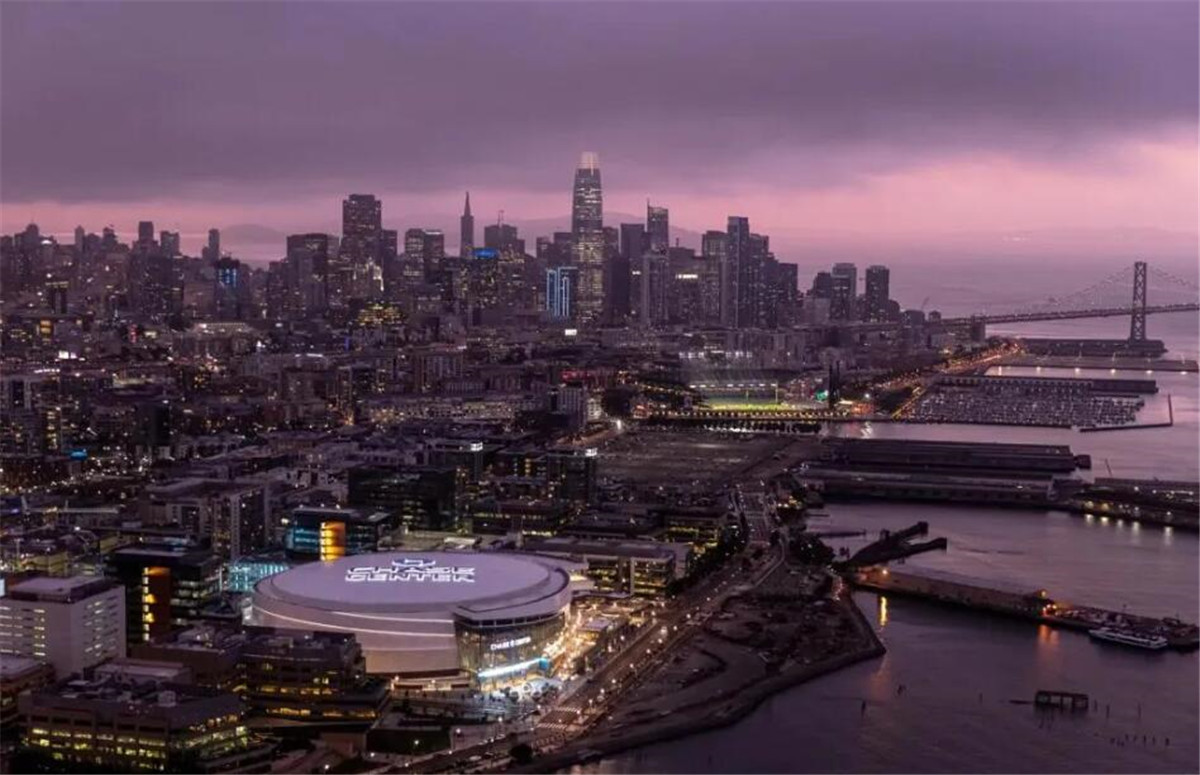 The warriors’ treadmill is also a new anti-gravity setup that allows the use of air pressure to allow players to walk or run and other exercises at a lower body weight. Like 230-pound green running on this treadmill, it feels like he only weighs 115 pounds.

The chase center’s lavish facilities are made possible by lacob’s partner, renowned hollywood producer peter gubel, who instilled in the designers the idea of designing the arena’s interior “From a movie director’s perspective,” Which has brought a disruptive upgrade to the arena’s user experience.

In fact, gubel, who does not own much in the warriors, was given a major role in the design of the chase center, thanks to lacob’s corporate approach to technology for the management team, which has led to the success of the chase center in terms of commercial operations.