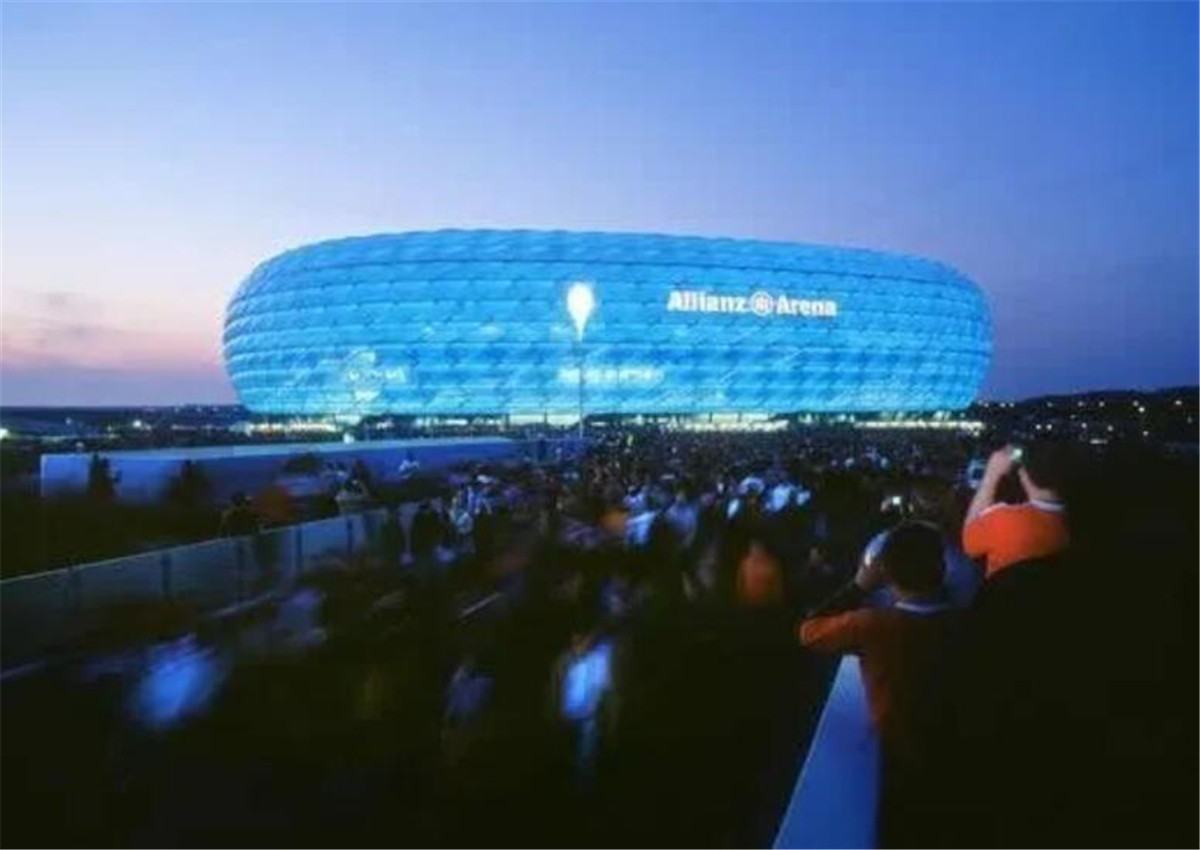 The 66,000-seat stadium, which was officially opened on 30 and 31 May 2005, was jointly funded by Munich 1860 and Germany’s most successful club Bayern Munich. The first Bundesliga goal was scored by England international Hargreaves, who opened the scoring for Bayern against Borussia Mönchengladbach, which helped the team to win 3-0. 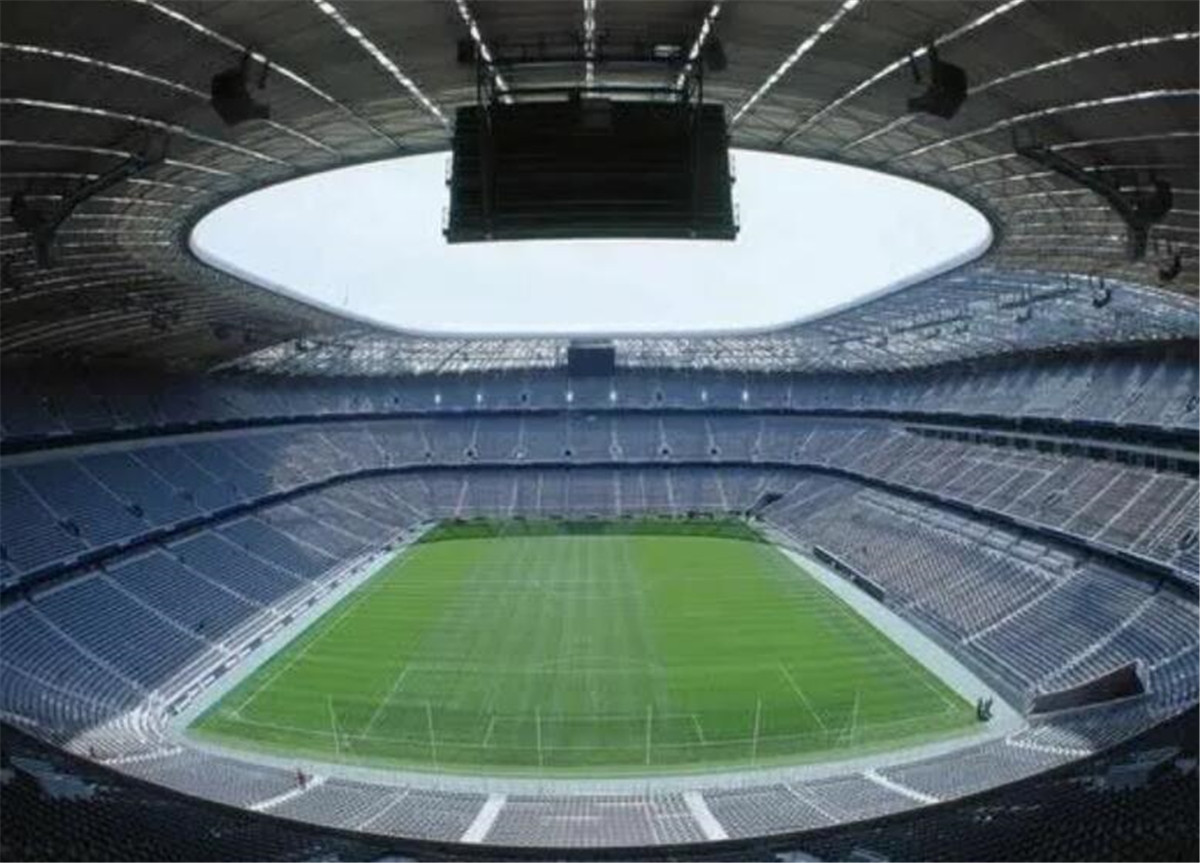 In a public opinion poll in October 2002, 65.8% of the population agreed to the construction of a new football stadium, with 37.5% of the public signing a petition in support. A total of 120,000 cubic metres of concrete and 20,000 tonnes of steel were used in the construction of the new stadium.

The Allianz Arena is located just north of the Bavarian capital Munich and is easily accessible via the A9. The material used for the roof and outer surface of the stadium is unusual in that it is self-cleaning, fireproof, insulating and frostproof, which allows an atmospheric pressure of 350 Pascals to be maintained inside the stadium at all times. Each decorative panel appears white, blue or red when illuminated. The three-tier grandstand design is also unique in the Bundesliga, with the highest tier offering the same great visual effect thanks to the 34 degree incline. The largest underground car park in Europe can accommodate almost 10,000 cars.

In March 2004, FIFA decided that Munich would be the venue for the opening match of the World Cup, which will be preceded by an opening ceremony, and the 2006 FIFA Congress will also be held in Munich. The Bavarian capital will be the focus of international media attention and the Allianz Arena will host the opening match, the semi-finals and four other World Cup matches.

Plans to build on the old Munich Olympic Stadium were rejected and the citizens of Munich voted to build a new stadium. 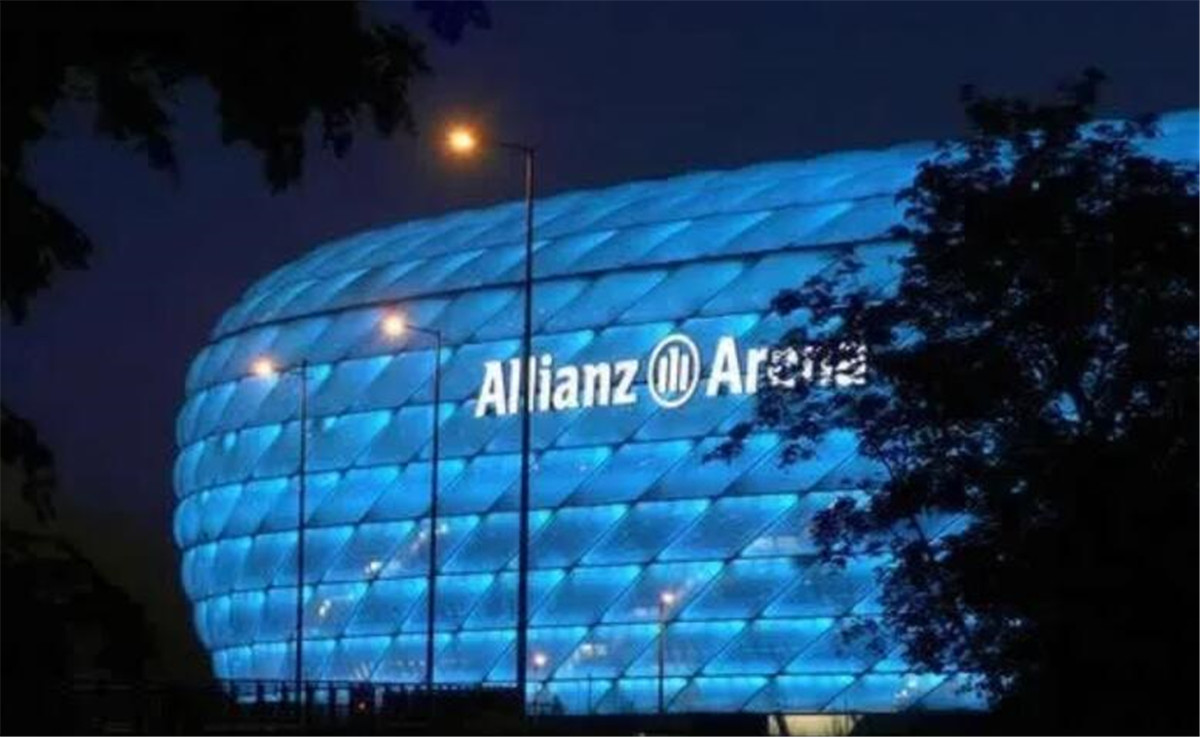 In July 2001, the Munich City Council announced their support for a new stadium in the north of the city, and on 21 October 2001, the citizens of Munich voted in favour of the new stadium. The funding was to be shared equally between Bayern Munich and Munich 1860.

On 8 February 2002, a committee of experts selected the project plan. In March 2004, FIFA officially confirmed that the opening ceremony of the 2006 FIFA World Cup in Germany would be held at the Olympic Stadium in Munich on 9 June 2006.